In a landmark judgment, the Federal Court found the environment minister has a duty of care to young people

This morning, the Australian Federal Court delivered a landmark judgement on climate change, marking an important moment in our history.

The class action case was brought on behalf of all Australian children and teenagers, against Environment Minister Sussan Ley.

Their aim was to prevent Ley from possibly approving the Whitehaven coal mine extension project, near Gunnedah in New South Wales. They argued that approving this project would endanger their future because of climate hazards, including causing them injury, ill health, death or economic losses.

The court dismissed the application to stop the minister from approving the extension. But that’s just the beginning.

Before making those orders, the court found a new duty it never has before: the environment minister owes a duty of care to Australia’s young people not to cause them physical harm in the form of personal injury from climate change.

‘Australia will be lost’: the court’s moving findings

The court considered evidence in the case from the Intergovernmental Panel on Climate Change, CSIRO, the Bureau of Meteorology, and globally renowned ANU climate scientist Will Steffen.

In a tear-jerking moment during the Federal Court’s live-streamed summary, the court found that one million of today’s Australian children are expected to be hospitalised because of a heat-stress episode, that substantial economic loss will be experienced, and that the Great Barrier Reef and most of Australia’s eucalypt forest won’t exist when they grow up.

It found this harm is real, catastrophic, and – importantly from a legal perspective – “reasonably foreseeable”. In decades past, courts have considered climate change to be a “speculative”, “future problem”.

That is no longer the case. The court concluded, in a moving paragraph from the written judgment:

It is difficult to characterise in a single phrase the devastation that the plausible evidence presented in this proceeding forecasts for the children. As Australian adults know their country, Australia will be lost and the world as we know it gone as well.

The physical environment will be harsher, far more extreme and devastatingly brutal when angry. As for the human experience – quality of life, opportunities to partake in nature’s treasures, the capacity to grow and prosper – all will be greatly diminished.

Lives will be cut short. Trauma will be far more common and good health harder to hold and maintain.

None of this will be the fault of nature itself. It will largely be inflicted by the inaction of this generation of adults, in what might fairly be described as the greatest inter-generational injustice ever inflicted by one generation of humans upon the next.

To say that the children are vulnerable is to understate their predicament.

Establishing a new duty of care

The children took a novel route in asserting the federal environment minister owed them a duty of care. A duty of care means a responsibility not to take actions that could harm others. A duty of care is the first step in a claim of negligence. 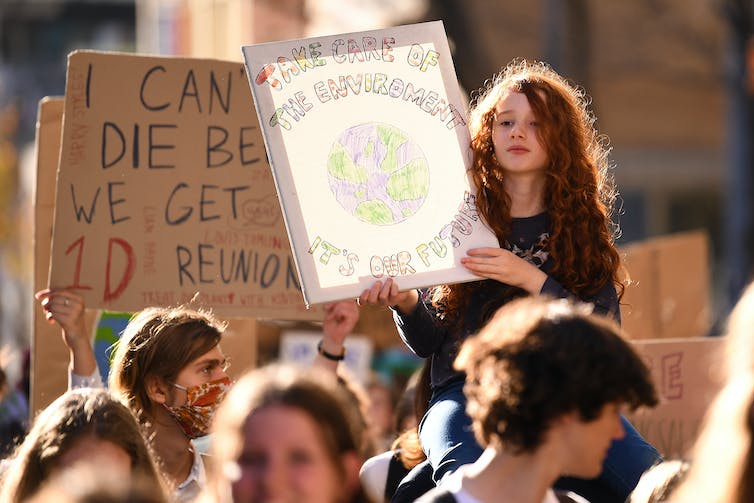 A similar duty was found in the Netherlands in 2015, as a global first. In 2019, the Supreme Court upheld that duty – the Dutch government owed it citizens a duty to reduce emissions in order to protect human rights.

Other cases around the world were inspired by that success, including the one decided in Australia today.

Read more: ‘A wake-up call’: why this student is suing the government over the financial risks of climate change

The court today didn’t say the minister has a duty to stop all coal projects of any size, as it was only considering the Whitehaven extension project. But this is still hugely significant.

Australia has been repeatedly criticised on the global stage for its stance on new coal and climate change more generally. Now, we may find the decisions made by its environment ministers could amount to negligent conduct. 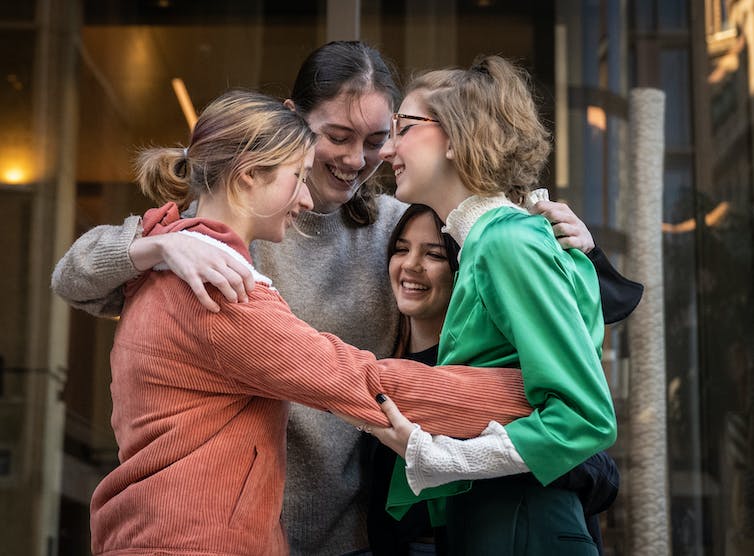 A few of the teen-aged plaintiffs outside the Federal Court.AAP Image/James Gourley

The buck doesn’t stop at governments

Back in the Netherlands, something else significant happened this week — the world learned the buck doesn’t stop at governments.

In what’s been described as “arguably the most significant climate change judgement yet”, a court in The Hague ordered Royal Dutch Shell, a global oil and gas company, to reduce its carbon dioxide emissions by 45% by 2030 compared with 2019 levels, via its corporate policy.

This could have far-reaching consequences for oil and gas companies all over the world, including in Australia.

Putting the minister on notice

It’s important to recognise Ley hasn’t made a decision yet to approve the coal mine extension. The young Australians were seeking to stop her from approving it, and in that they didn’t succeed.

However, her responsibility to young people has now been formally recognised by the court.

Today’s children are vulnerable to climate change and they depend on the environment minister to protect their interests. We don’t know yet if the minister will approve the mine extension, or if she does, whether that means she has breached her duty to the children. But we do know how significant the harm from climate change will be. 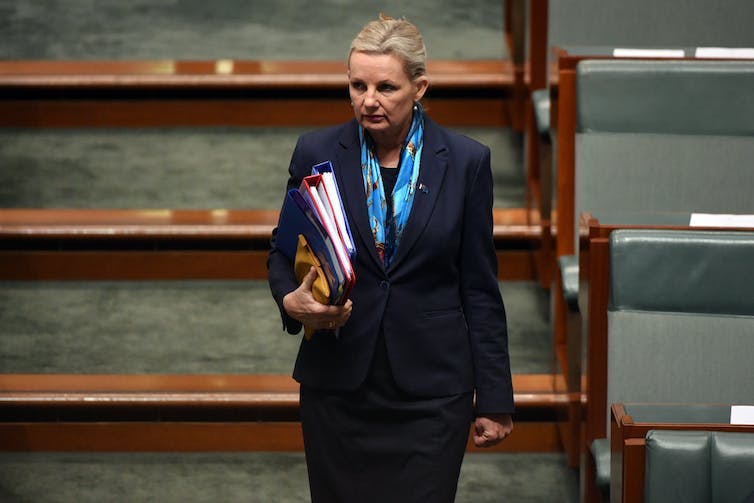 Environment Minister Sussan Ley is now free to approve the Whitehaven’s Vickery coal mine expansion, if she chooses.AAP Image/Mick Tsikas

What’s more, in 2019, a NSW court confirmed now is not the time to be approving new coal, and every coal mine counts.

Today’s judgement opens the door for future litigation if the minister is not careful about approving projects that could harm the next generations of Australians.

But importantly, it puts the federal environment minister on notice — while political terms might be only short, decisions now have intergenerational consequences for the future.

Short-term financial gain can have detrimental consequences for the health and economic wellbeing of those who can’t vote yet.