The review was led by Professor Graeme Samuel and involved consultation with scientists, legal experts, industry and conservation organisations. Samuel’s report concluded Australia’s biodiversity is in decline and the law (the EPBC Act) “is not fit for current or future environmental challenges”.

The findings are no surprise to us. As ecologists, we’ve seen first hand how Australia’s nature laws and governance failure have permitted environmental degradation and destruction to the point that species face extinction. Even then, continued damage is routinely permitted.

And the findings aren’t news to many other Australians, who have watched wildlife and iconic places such as Kakadu and Kosciuszko national parks, and the Great Barrier Reef, decline at rates that have only accelerated since the act was introduced in 1999. Even globally recognisable wildlife, such as the platypus, now face a future that’s far from certain.

To reverse Australia’s appalling track record of protecting biodiversity, four major reforms recommended by Samuel must be implemented as a package.

One of the many failings of Australia’s environmental laws is there has never been a point beyond which no further impacts are acceptable.

The government almost never says “enough!”, whether it’s undermining wetlandsfor a new mine, or clearing woodlands for agriculture. Species continue to suffer death by a thousand cuts.

Read more: Death by 775 cuts: how conservation law is failing the black-throated finch

For example, the original distribution of the endangered southern black-throated finch of southern and central Queensland has shrunk to less than 10% due to land clearing and habitat degradation. Yet, further clearing was approved for coal mines, housing developments and sugar cane farms.

Biodiversity offsets, which aim to compensate for environmental damage by improving nature elsewhere, have for the most part been dreadfully ineffective. Instead they have been a tool to facilitate biodiversity loss. 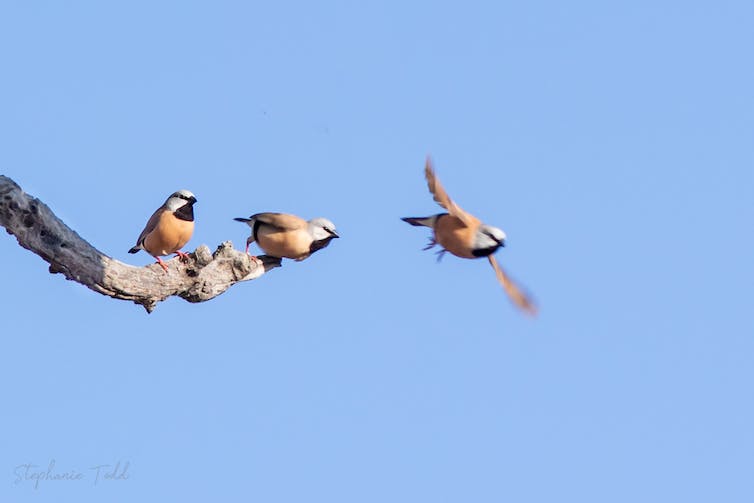 The centre piece of Samuel’s report are proposed new National Environmental Standards. These would provide clear grounds for drawing a line in the sand on environmental damage.

Legal, rigorous enforcement of these standards could turn around Australia’s centuries-long record of destroying its natural heritage, and curb Australia’s appalling extinction rate — while also providing clarity and certainty for business.

Vital features of the standards Samuel recommends include:

Under the proposed National Environmental Standards, any new developments would need to be in places where environmental damage is avoided from the outset, with offsets only available if they’re ecologically feasible and effective.

The federal environment minister can make decisions with little requirement to publicly justify them.

In 2014, then environment minister Greg Hunt controversially approved an exemption to the EPBC Act for Western Australia’s shark cull. This was despite evidence the cull wouldn’t make people safer, would harm threatened species and would degrade marine ecosystems. Hunt could shirk the evidence, deny the impacts and make a politically expedient decision, with no mechanisms in place to call him to account. 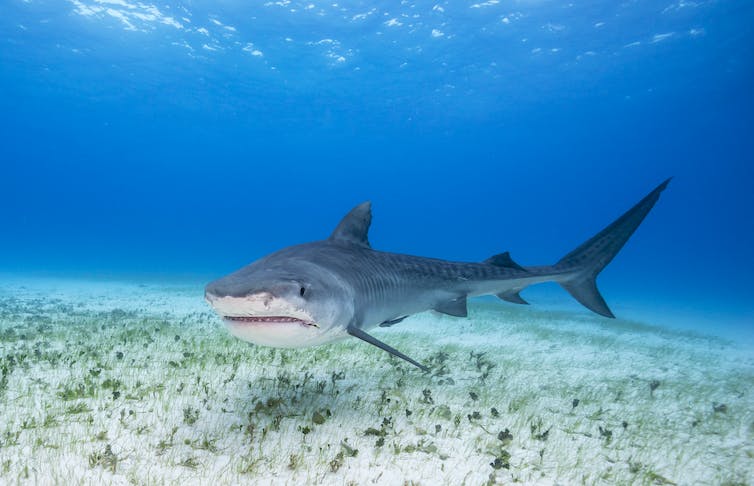 Tiger sharks and white sharks were targeted in the WA cull. Shutterstock

Samuel’s report states the minister can make decisions that aren’t consistent with the National Environmental Standards — but only as a “rare exception”. He says these exceptions must be “demonstrably justified in the public interest”, and this justification must be published.

We think this epitomises democracy. Ministers can make decisions, but they must be open to public and robust scrutiny and explain how their decisions might affect environments and species.

Improved accountability will be one of the many benefits of Samuel’s proposed independent Environment Assurance Commissioner, which would be backed up by an Office of Compliance and Enforcement. Samuel says these must be free from political interference.

These are absolutely critical aspects of the reforms. Standards that aren’t audited or enforced are as worthless as an unfunded recovery plan.

Samuel urges improved resourcing because to date, funding to protect species and the environment has been grossly inadequate. For example, experts recently concluded up to 11 reptile species are at risk of extinction in the next 50 years in Australia, and limited funding is a key barrier to taking action. 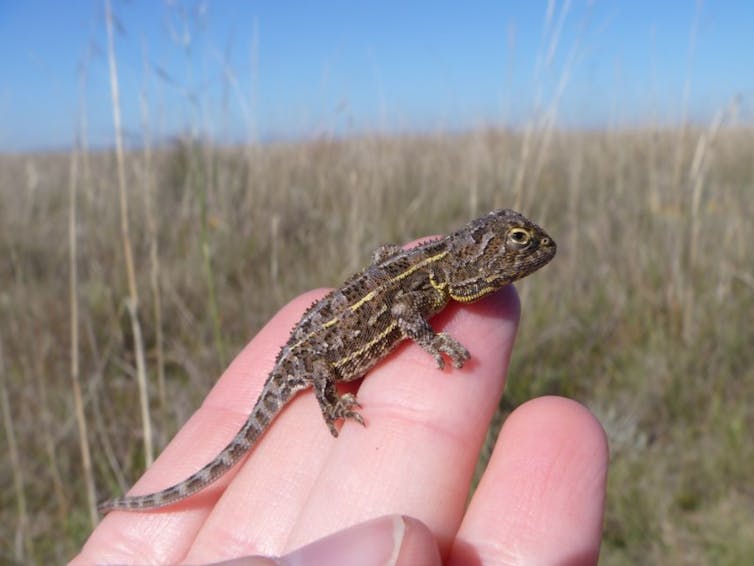 And it has been proven time and again that lack of action due to under-resourcing leads to extinction. The recent extinction of the Christmas Island forest skink, the Christmas Island pipistrelle, and the Bramble Cay melomys were all attributable, in large part, to limited funding, both in the administration of the threatened species listing process, and in delivering urgent on-ground action.

We need only look to the COVID pandemic to know when faced with emergencies, the government can rapidly deploy substantial sums of money for urgent interventions. And we are well and truly in an environmental emergency.

Spending to care for the environment is not a cost that delivers no return. It’s an investment that delivers substantial benefits, from creating jobs to cleaner waterand healthier people.

Ultimately, though, much more investment in building ecological knowledge is required. 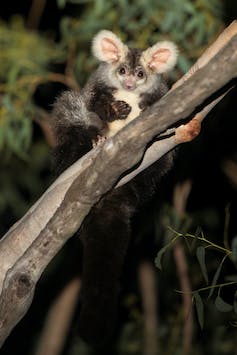 Australia has more than 1,900 listed threatened species and ecological communities, and most don’t even have active recovery plans. Ecologists will need to collect, analyse and interpret new, up-to-date data to make biodiversity conservation laws operational for most threatened species.

For example, while we know logging and fires threaten greater gliders, there’s still no recovery plan for this iconic forest possum. And recent researchsuggests there are actually three — not simply one — species of greater glider. Suspected interactions between climate change, fire and logging, and unexplained severe population declines, means significant new effort must be invested to set out a clear plan for their recovery. 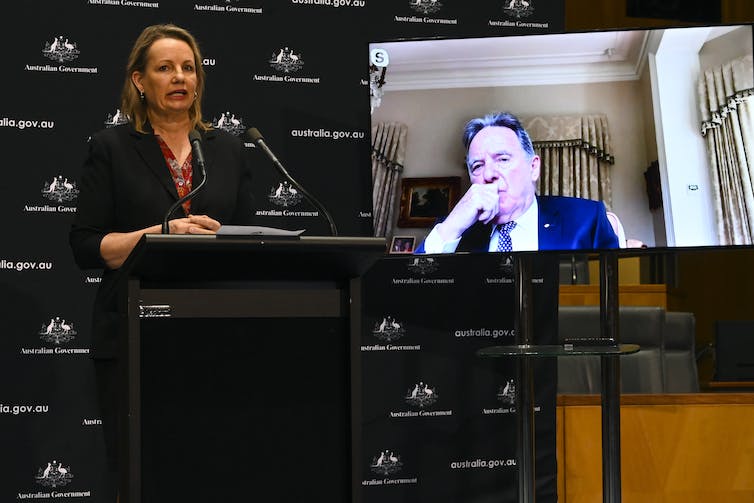 Samuel’s report has provided a path forward that could make a substantial difference to Australia’s shocking track record of biodiversity conservation and land stewardship.

But Environment Minister Sussan Ley’s response so far suggests the Morrison government plans to cherry pick from Samuel’s recommendations, and rush through changes without appropriate safeguards.

If the changes we outlined above aren’t implemented as a package, our precious natural heritage will continue to decline.