When it comes to threatened species, charismatic animals usually get the most attention. But many of Australia’s plants are also in grave danger of extinction, and in many cases, the problem is getting worse.

New Australia-first research shows the population sizes of our threatened plants fell by almost three-quarters, on average, between 1995 and 2017. The findings were drawn from Australia’s 2020 Threatened Species Index, which combines data from almost 600 sites.

Plants are part of what makes us and our landscapes unique. They are important in their own right, but also act as habitat for other species and play critical roles in the broader ecosystem.

This massive data-crunching exercise shows that a lot more effort is needed if we want to prevent plant extinctions. 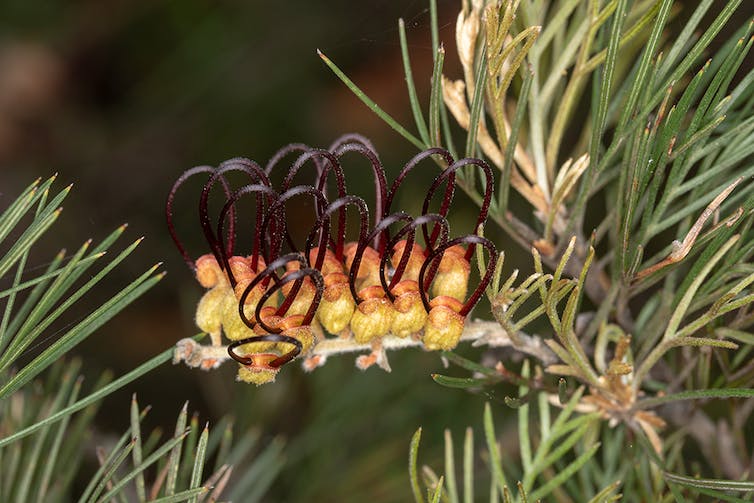 Of the 112 species in the index, 68% are critically endangered or endangered and at risk of extinction if left unmanaged. Some 37 plant species have gone extinctsince records began, though many others are likely to have been lost before scientists even knew they existed. Land clearing, changed fire regimes, grazing by livestock and feral animals, plant diseases, weeds and climate change are common causes of decline.

Read more: Undocumented plant extinctions are a big problem in Australia – here’s why they go unnoticed

Vulnerable plant populations reduced to small areas can also face unique threats. For example, by the early 2000s Foote’s grevillea (Grevillea calliantha) had dwindled to just 27 wild plants on road reserves. Road maintenance activities such as mowing and weed spraying became a major threat to its survival. For other species, like the button wrinklewort, small populations can lead to inbreeding and a lack of genetic diversity.

Some 84% of Australia’s plant species - like this Giant andersonia population in Stirling Range WA - are found nowhere else in the world. Sarah Barrett/Department of Biodiversity Conservation and Attractions, Author provided (No reuse)

Threatened plant conservation in fire-prone landscapes is challenging if a species’ relationship with fire is not known. Many Australian plant species require particular intensities or frequencies of burns for seed to be released or germinate. But since European settlement, fire patterns have been interrupted, causing many plant populations to decline.

Three threatened native pomaderris shrubs on the NSW South Coast are a case in point. Each of them – Pomaderris adnata, P. bodalla and P. walshii – have failed to reproduce for several years and are now found only in a few locations, each with a small number of plants.

Experimental trials recently revealed that to germinate, the seeds of these pomaderris species need exposure to hot-burning fires (or a hot oven). However they are now largely located in areas that seldom burn. This is important knowledge for conservation managers aiming to help wild populations persist. 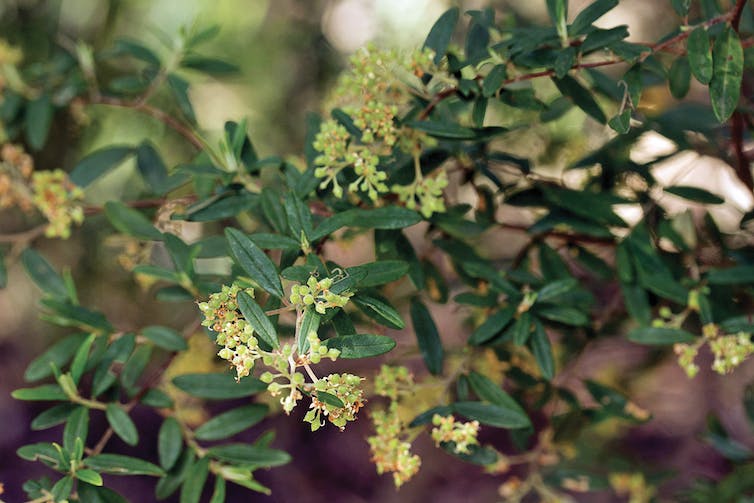 A quarter of the species in the threatened plant index are orchids. Orchids make up 17% of plant species listed nationally as threatened, despite comprising just 6% of Australia’s total plant species.

The endangered coloured spider-orchid (Caladenia colorata) is pollinated only by a single thynnine wasp, and relies on a single species of mycorrhizal fungi to germinate in the wild.

Yet even for such a seemingly difficult species, conservation success is possible. In one project, scientists from the Royal Botanic Gardens Victoria, aided by volunteers, identified sites where the wasp was still naturally present. More than 800 spider orchid plants were then propagated in a lab using the correct symbiotic fungus, then planted at four sites. These populations are now considered to be self-sustaining.

In the case of Foote’s grevillea, a plant translocation program has established 500 plants at three new sites, dramatically improving the species’ long-term prospects. 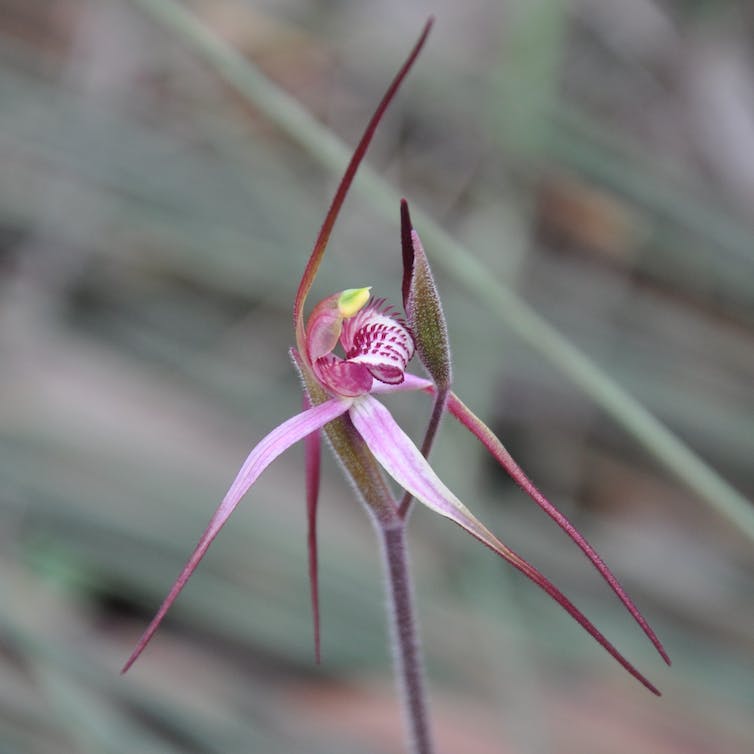 But we aren’t doing enough

Both federal environment laws and the national threatened species strategy are under review. Submissions by research institutions and others have noted a lack of data, recovery actions and conservation funding for plants.

Our research found threatened plant populations at managed sites suffered declines of 60% on average, compared to 80% declines at unmanaged sites. This shows that while management is beneficial, it is not preventing overall declines.

New data on threatened species trends are added to the plant index each year, but many species are missing from the index because they aren’t being monitored.

Read more: Australia's threatened birds declined by 59% over the past 30 years

Monitoring of threatened species is undertaken by government and non-government groups, community groups, Indigenous organisations, citizen scientists, researchers and individuals. Without it, we have no idea if species are recovering or heading unnoticed towards extinction. 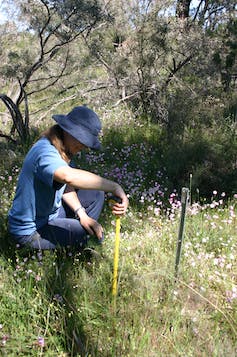 Monitoring is essential to know if conservation actions are working. Rebecca Dillon / WA Department of Biodiversity Conservation and Attractions

If you’re keen to get involved in plant monitoring, it involves just a few simple steps:

Australia must urgently change the way we prioritise conservation actions and enact environment laws, if we hope to prevent more plant extinctions.

Critical actions include stopping further habitat loss and more funding for recovery actions as well as extinction risk assessments. It is important that these assessments adhere to consistent criteria. This is something the common assessment method, agreed to by all states and territories, seeks to achieve.

Finally, more funding for research into the impacts of key threats (and how to manage them) will help ensure our unique flora are not lost forever.

CORRECTION: A previous version of this article incorrectly stated that reviews of federal environment laws and the threatened species strategy found a lack of data, recovery actions and conservation funding for plants. While those problems were identified in public submissions to the reviews, the reviews themselves are not yet finalised.