The 2020-21 fire season is well underway, and we’ve watched in horror as places like K'gari (Fraser Island) burn uncontrollably, threatening people and their homes and devastating the environment.

Read more: The K'gari-Fraser Island bushfire is causing catastrophic damage. What can we expect when it's all over?

To lessen the impact of fires, we need to know when they are likely to burn and how intensely. Central to this is the flammability of litter beds — the layer of dead leaves, needles, twigs and bark on the forest floor.

Every large fire begins as a small fire, igniting and initially spreading through the litter bed, but what makes some litter beds more flammable than others?

Over the past few years, fire scientists across the world have been busy tackling this burning question. In tropical forests in the Amazon, oak forests in North America and eucalypt woodlands in Australia, they have been collecting leaf litter beds and burning them in the laboratory to understand why litter beds from some plant species burn differently to others.

Each of these studies focused on leaf litter beds made up of a single species, and each identified a range of drivers of flammability. These drivers relate to both the characteristics of the individual litter particle (leaf, needle or branch) and the litter bed itself.

Read more: Not all blackened landscapes are bad. We must learn to love the right kind

Our new research sought to consolidate these studies to find the common drivers of flammability between different single-species litter beds from different parts of the world.

From our meta-analysis, we found “litter packing” and “litter bulk density” were key factors in litter bed flammability. 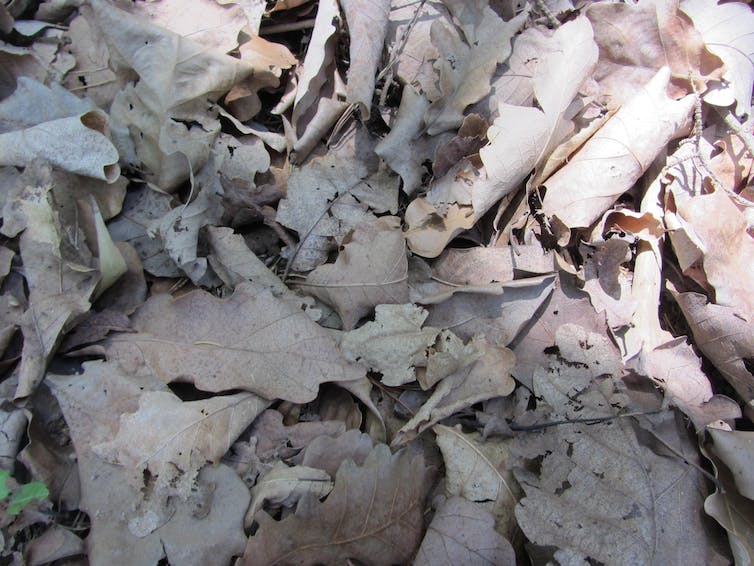 We found loosely packed litter beds spread fire faster, burned for shorter periods of time and were more consumed by the flames. Importantly, we found this was universal across different types of litter beds.

We also identified the characteristics of leaves, needles and branches that cause variations in litter packing and litter bulk density.

For example, if the litter particles are “curly” and have a high surface area to volume ratio, then they’ll form litter beds with low packing ratios which burn faster and have higher consumption. Examples include leaves from some oak (Quercus) species.

Read more: Tree ferns are older than dinosaurs. And that's not even the most interesting thing about them

At the opposite end, small and less curly leaves form densely packed litter beds which are less aerated. Examples include coast tea tree (Leptospermum laevigatum) and conifers with small needles such as Larix and Picea. This results in slower moving fires, which do not consume all the litter.

For eucalypt litter beds, things are a little more complicated. Some species have thick and flat leaves which pack densely, so fire spreads more slowly and less litter is consumed. Other species, such as the southern blue gum (Eucalyptus globulus), have larger leaves which tend to pack less densely, so fires burn more quickly with taller flames. 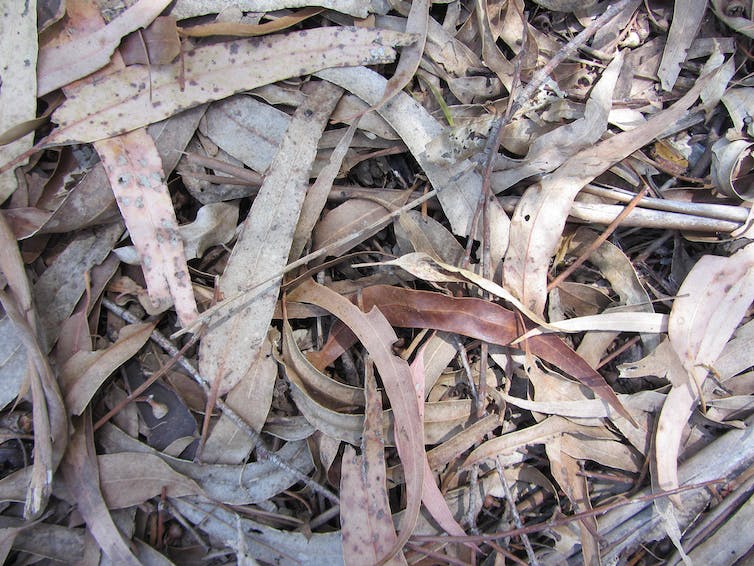 How can this information help us manage fires?

Of course, under extreme fire weather conditions, any litter bed will burn. However, at the beginning of a fire or under mild conditions, differences in litter characteristics may strongly influence how that fire spreads. Research on this can be useful for many aspects of fire management and planning.

For example, if we know which plants produce less flammable litter, we can select them for planting around houses, landscaping in fire-prone areas and also use them as green firebreaks to reduce the risk to people and homes. If a fire was to start, it may spread less quickly and be less intense, making it easier to contain and put out. 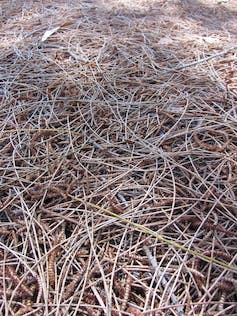 Our findings could also be used for predicting fire behaviour. For example, our results could be integrated into fire behaviour models, such as the Forest Flammability Model, which uses information on the composition and structure of the plant community to predict fire behaviour.

Our study provides information on what leaf and litter characteristics affect flammability in litter beds composed of a single species. But in many forests, litter beds are made up of a variety of plant species, and more research is needed to understand what happens to litter packing and flammability in these multi-species litter beds. 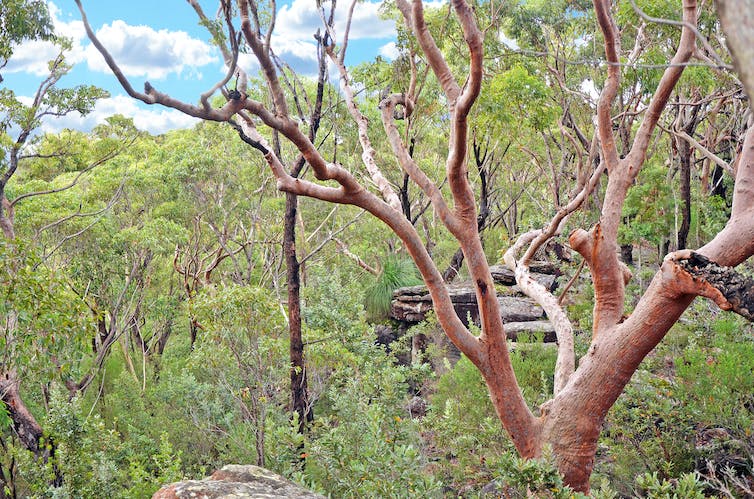 The bark of the Sydney red gum tends to take longer to ignite, but burns for longer than its leaves. Shutterstock

Besides different species, litter beds also contain different components such as twigs and bark. For example, in a mature wet eucalypt forest, bark and twigs can make up to 44% of the litter bed.

And for some eucalypt species, we already know bark burns differently to leaves. For example, the flaky bark of the Sydney red gum (Angophora costata) tends to take longer to ignite, but burns for a longer time compared to its leaves.