The future is fenced for Australian animals

Many of Australia’s mammals spend their entire lives imprisoned, glimpsing the outside world through tall chain-link fences and high-voltage wires. There are dozens of these enclosures across Australia. Many are remote, standing alone in the endless expanse of inland Australia, but others are on the outskirts of our largest cities – Melbourne, Perth, Canberra.

Every year there are more of them, the imprisoned population growing, while the wild populations outside dwindle. These are Australia’s conservation fences.

The captives within our conservation fences are adorable – floppy-eared bilbies, tiny hare-wallabies, long-tongued numbats – and they all share an extreme susceptibility to introduced predators. At least 68 native mammal species cannot exist in the wild if either foxes or cats are present. Many of these species once numbered in the millions, ranging from the woodlands of Queensland to the deserts of Western Australia, but predation has driven them to the brink of extinction.

Fences offer these species a future in the wild, and conservation groups have risen to the challenge. Last week, the Australian Wildlife Conservancy completed a new cat-proof fence in their Newhaven Sanctuary, the largest conservation fence ever constructed.

Make no mistake, these conservation fences work. Species that wilt at the sight of a fox, that have been exterminated from every corner of the Australian mainland, will explode in numbers behind fences. Along with offshore islands, inside these fences are the only places in Australia where these species can prosper – a few hundred square kilometres of safety, surrounded by 7.6 million lethal square kilometres. 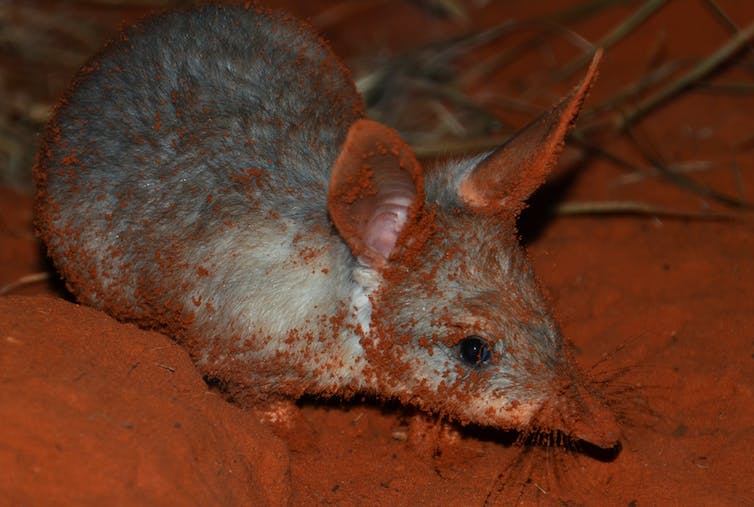 Environmentalists have never particularly liked fences. Rather than hide behind walls, they repeatedly took the fight to the cats and foxes on the outside.

Their tactics have been diverse, innovative and brutal. Managers have rained bullets from helicopters and poison baits from planes. They have set cunning snares and traps, mimicked the smell and sound of their enemies, and have turned landscapes to ash with wildfire.

Nothing has worked for the most threatened marsupials. Some of the largest and most expensive management campaigns in Australian conservation history have ended in exhaustion and stalemate, and with a retreat back behind the fences.

Fences were once a source of vehement debate in conservation circles. Should they be permanent? Are fenced populations wild or captive? Should they contribute to species’ conservation status?

These arguments have effectively been abandoned. Scientific studies and painful experience has proven fences and offshore islands to be the only reliable method of protecting predator-threatened species. In place of these debates, conservation organisations and governments have turned to more practical questions of fence height, electric wire voltage and skirt depth.

So now, on average, Australians are building a new fence every year, some of them truly enormous. The just-completed fence at Newhaven encloses a staggering 10,000 hectares of red sand and spinifex. By the time the project is complete, this fence will be home to 11 different threatened mammal species.

And Australia is not alone: around the world, from New Zealand to Hawaii to South Africa, an archipelago of fences is emerging from an ocean of predators. It is one of the great achievements of modern conservation and has already averted the extinction of critically endangered species. Although it’s much smaller than our network of protected areas, it offers refuge to species that are long-gone from our national parks and wilderness areas. 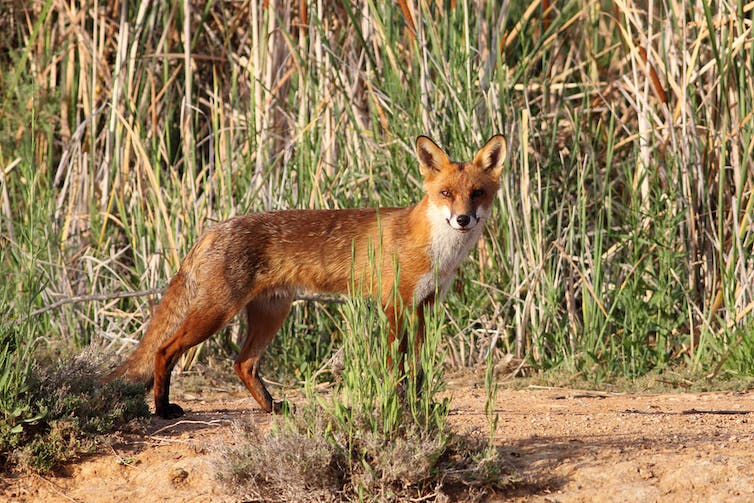 Red foxes have been extraordinarily successful in Australia. Harley Kingston/Flickr, CC BY

However, in recent years a concerning pattern has begun to emerge. While the number and size of fences continue to increase, the number of new species being protected has stalled. In fact, the last five fences haven’t included any new species – they have only offered additional protection to species that were already protected behind existing fences https://www.nature.com/articles/s41559-017-0456-4.

As an example, the first two marsupials planned for introduction behind the Newhaven fence will be the mala (Lagorchestes hirsutus) and the burrowing bettong (Bettongia lesueur). These two species undeniably deserve more protection. Both are highly susceptible to foxes and cats and will derive tremendous benefit from the protection of this enormous fence. However, both species are already found elsewhere behind fences (four different fences for burrowing bettongs). Meanwhile, yet-to-be-published research from the National Environmental Science Program has found 41 other species that are desperately vulnerable to introduced predators are not protected by any fence.

This problem is not new to conservation. In the 1990s, Australian researchers suddenly realised that our national park system was failing to protect the full range of Australian ecosystems. Despite our best efforts, we had created a system of reserves that was biased towards mountainous landscapes and deserts, and away from the fertile valley floors. The solution was to create new national parks using systematic and mathematical methods.

Unfortunately, the national park system had natural advantages that fences lack. The vast majority of Australia’s protected areas belong to the state and federal governments. The centralised nature of the protected area network is perfect for systematic thinking and top-down optimisation – picture the Soviet Union’s Politburo. In contrast, the conservation fencing sector is diverse and decentralised – picture the third day of Woodstock.

Fences are built by governments at the state, federal and municipal levels, by multimillion-dollar NGOs like the Australia Wildlife Conservancy, by tiny local environmentalist groups and by profit-making corporations. This diversity is a fundamental strength of the fence network, giving it access to a spectrum of funding and ideas. But it makes it almost impossible to plan in a systematic manner. You can’t tell a small bilby conservation group in western Queensland that they should protect the central Australian rock-rat instead (Zyzomys pedunculatus). It doesn’t necessarily matter to them that bilbies are already protected behind four different fences and the rock-rat has none.

While conservation science tries to work this problem out, new and larger fences will continue to be built at an accelerating rate into the foreseeable future. True, the absence of coordination will make mathematicians break their slide rules, but each fence will do its job. The furry denizens will hop, and scurry, and bounce around, heedless of their precarious safety.

And for us, from the outside looking in, these fences will help us forget the parlous state of Australian marsupial conservation. It will be possible to forget our record-breaking rate of extinctions, to forget the empty forests and deserts, and to imagine what a bushwalk might have been like before Europeans unleashed foxes and cats onto Australia.