Timelapse footage from Sydney’s Central Station shows the speed and ferocity of a storm that ravaged the city’s north this afternoon.

Storm to bear down on Sydney. Picture: BOMSource:Supplied

A severe thunderstorm has smashed parts of Sydney this afternoon, leaving thousands of homes without power, cutting off roads and public transport and sparking new fires.

The NSW RFS says its state operations centre is “in full swing this afternoon” after a fast-moving storm brought with it damaging winds and plenty of lightning.

They say “more than 110 fires” are active across the state, “many as a result of the lightning with recent storms”.

Dozens of trees have fallen, blocking major roads out of Sydney including Mona Vale Road at Pymble in the city’s north.

The majority of the damage is being reported on the Northern Beaches and the North Shore where trains are being replaced by buses and the long commute home is about to begin.

When it rains it pours #sydneystorm @abcsydney 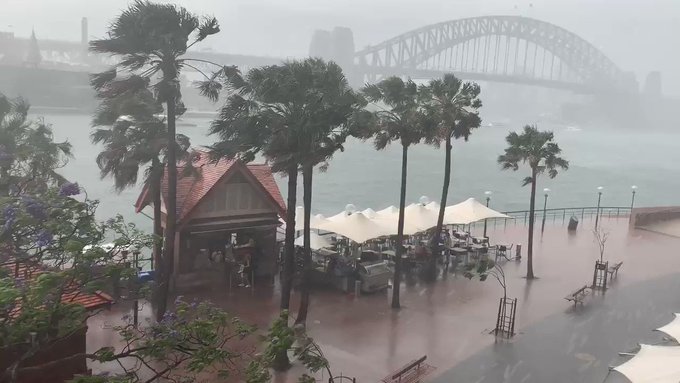 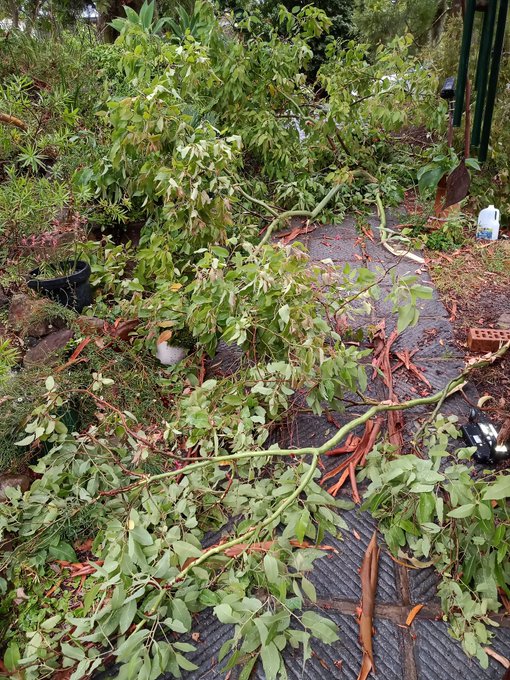 Ausgrid says it is working to restore power to more than 51,000 homes and businesses in Sydney and on the Central Coast.


Ausgrid earlier reported about 40,000 homes had been affected.

A timelapse video filmed at Sydney’s Central Station and shared by the Bureau of Meteorology showed just how quickly the storm came and went.

The Bureau earlier warned to expect for large hailstones and damaging winds in the severe storm set to pass through the city and surrounding areas.

There has also been a warning issued for the Greater Hunter area for severe fire danger due to hot and windy conditions.

Gusty thunderstorms are also moving through the area this afternoon with the passage of a cold front but they will move out to sea by this evening. 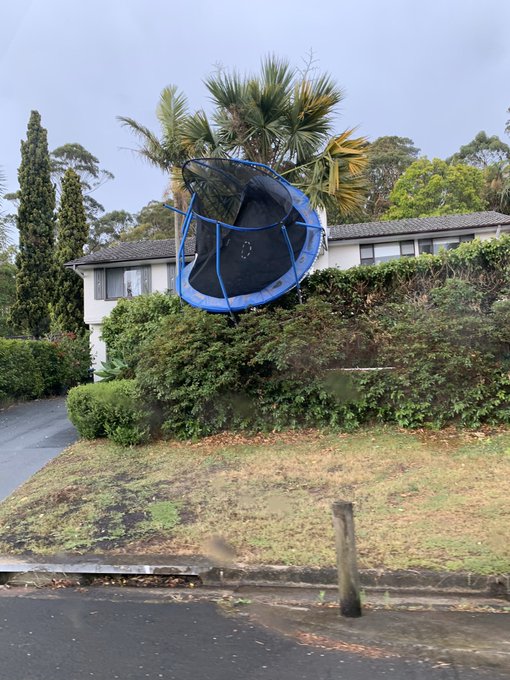 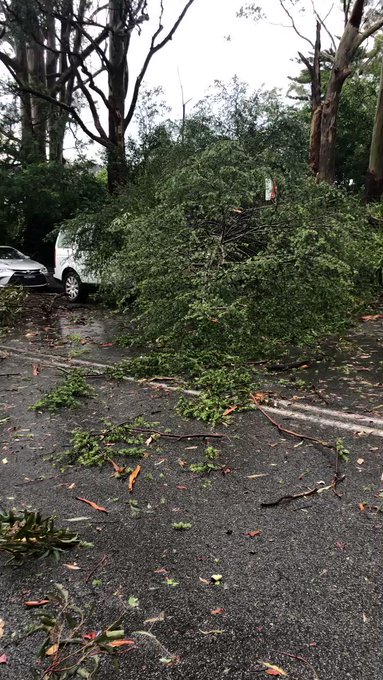 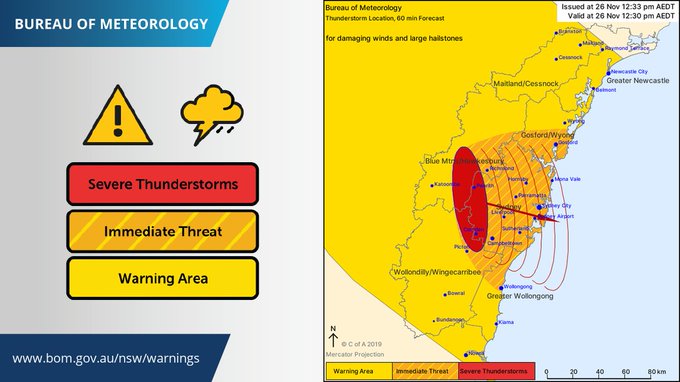 It comes after a thunderstorm with hail hit parts of eastern New South Wales yesterday.

There were reports of marble size hail falling in the Galston area, north of Sydney.

In northern parts of Sydney and Newcastle about 20mm of rain fell in just one hour.

But the storm was swift and pinpointed – with Sydney south of the harbour not seeing a drop of moisture while the north shore was being lashed.

For the rest of the week Sydneysiders are set to swelter though conditions 10C or more above average with further warnings of waves of storms rolling through the city.

Temperatures will rise ahead of a cold front marching up the NSW coast. Sydney’s CBD could reach 33C today with 36C in the western suburbs.

Overall this week, conditions are far more favourable to keeping a check on the bushfire crisis although the cold front could whip up some blazes.

This afternoon’s storm could be another short and sharp system with concentrated downpours blasting up the NSW coast.

By the end of Tuesday night it might all be over and Wednesday should see a more average November high of just 23C in the Harbour City.

The cold front will do its work and by Wednesday so expect a 10C drop in the mercury before it heads back up to the 30C mark later in the week.